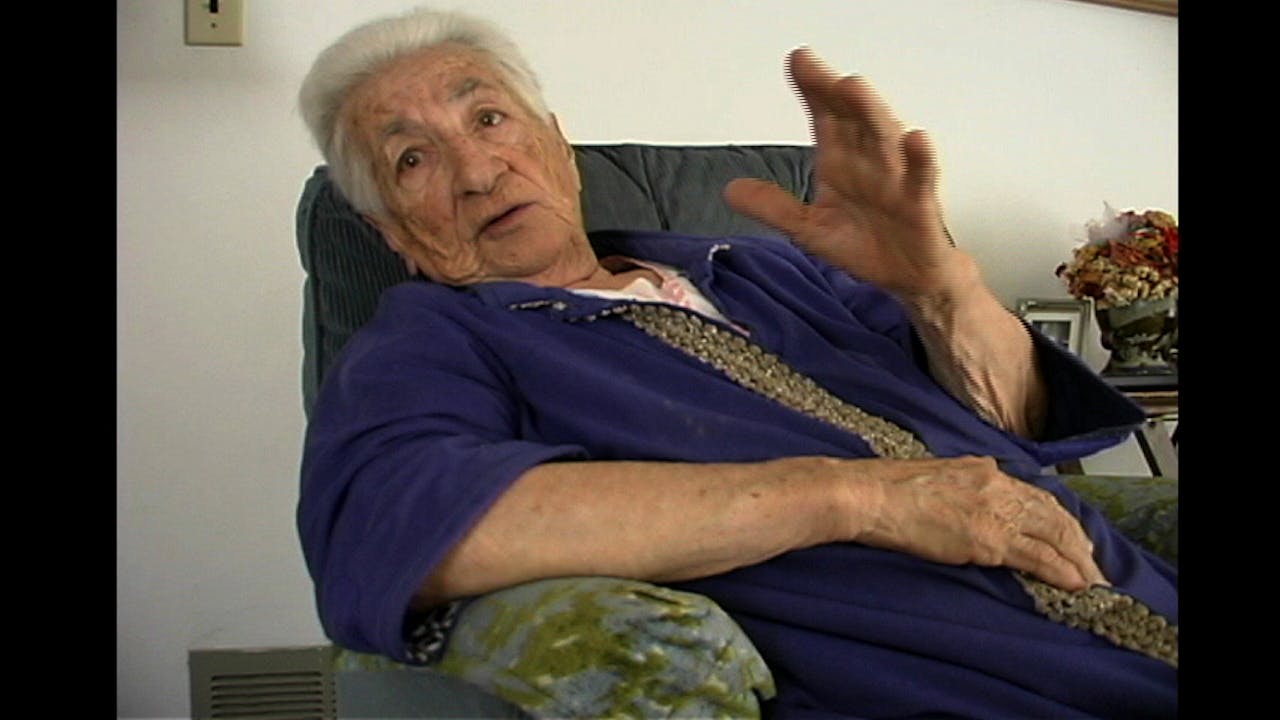 I Will Not Be Sad In This World

A documentary by Karina Epperlein
www.karinafilms.us

In I WILL NOT BE SAD IN THIS WORLD, Zaroohe Najarian tells the story of how in 1915 as a ten-year-old she was torn from her mother by Turkish soldiers, never to see her again. The film reminds us that the Turkish massacre of the Armenian people was the first genocide of the 20th century, officially recognized as such by the U.N. Hitler used it as his model for the extermination of Jews and other minorities. "Who remembers the Armenians today?" he asked in a 1939 speech.

Today, 94-years old, Mrs. Najarian lives an independent life in her own home in Fresno, California. In this intimate and lyrical work we see that her life-story exemplifies that of the Armenian people over the course of this century and that in a remarkable way she has come to accept life without anger or bitterness.

The film also features three dark-haired girls, each the same age as Zaroohe when she lost her family. The girls read (and paint) an account of her life as if it were a fairy tale, but from their playful explorations, comments and questions we understand that they are encountering for the first time a true story from a history they and most Americans today know nothing about.

The star of the film is of course Zaroohe Najarian herself. We see her going about her daily rounds: pushing a shopping cart at the local supermarket, working at her sewing machine (as she tells us about her forty years in garment factories in New Jersey where she was one of the first to join the union), cooking dolmas for her son, telling her granddaughter about her "secret love" and divorce in the the early thirties, dancing to her favorite Turkish music, kissing her great-grandson goodbye, and above all tending to her grapefruit tree in the garden that reminds her of the "ayki" (vineyard) of her childhood, near Adana in Turkey. As the "film tale" comes to an end, with Zaroohe now 95-years old and recovering from a broken hip, we hear her ruminating about God, passing away and how she makes herself happy. The filmmaker - all along quietly listening to Zaroohe - recognizes the gifts of this ordinary and unique woman: her deep gratitude and utter faith in life.

"A strong, educational piece, with a moving intimate feel. Viewers of all ages [will be] drawn in to its touching life details as well as to grand world events." –Roxanne Makasdjian, TV News Producer

"It is a very sensitive film, well made and narrated, and I loved it." –Ara Sarafian, Gomidas Institute, London